Why are Sony MDR-CD900ST headphones a great choice for professional music & sound production?

William Tran March 20, 2020 48 0
Sony MDR-CD900ST headphones are popular with professionals, even though they have been around since the 80s. This headset, along with MDR-V6 and MDR-7506, has become a monument in the music industry because of the clarity and analytics it gives users. Join us to learn about the Sony MDR-CD900ST and analyze whether it is great for music production!

The MDR-CD900ST is one of the first two models in Sony’s Studio Monitor line that allows music listeners to hear every detail of the song they’re performing and will shock them. The “wow” they made was not because the song was so good, but because the headphones helped them discover the flaws of the song. Thanks to the ability to help experts detect errors to repair songs, even though SONY MDR-CD900ST is not as famous as its siblings MDR-V6 and MDR-7506, it is always sought after by headphone geeks. Even if it costs less than $ 200, you’ll feel like this headset is playing hard to get for foreigners because it is exclusive to the Japanese domestic market.

The Stats of the SONY MDR-CD900ST

Let’s take a look at the Sony MDR-CD900ST specialties. The Sony MDR-CD900ST uses a closed dynamic sound generating system. This technology allows the headphones to create a sound of 5-30,000 Hz. Headsets of this series have a resistance of 63 Max and have an input power of 1000 mW. The headsets MDR-CD900ST has similar points with other headsets as it owns the Stereo Standard Plug. Its cord length is φ4.0mm 1.2 (Coiled, 3m). If excluding cord, the net weight of this headset is 200g. It was Introduced by Sony Music Entertainment in 1987 and is only for music production in Japan.

The Basics and Design of the Sony MDR-CD900ST

You can easily see that an original Sony MDR-CD900ST will not be fold-able. Unlike the MDR-V6 and MDR-7506, the aforementioned series of headphones are manufactured for studio use only. But don’t worry too much, you can modify the folding feature for your headphones at reputable establishments. Usually, these facilities will replace the straight cable with a coiled one, apply new stickers, and make it fold-able

The Sony MDR-CD900ST is great for analytical listening

You can hear each sound element clearly when using headphones of this line. First, you will find that you should not turn the volume up above 50% because these will get loud. As we mentioned at the beginning of this article, this headset will help you find faults in your music. This will help you ensure a high-end standard in your music. However, for common users, they need to know how to adjust the headphones to increase the performance of this headset. One thing is for sure, music composers will know how to balance it.

You will not find too much bass and can make the sound a little flat. But you will feel the presence of the bass whenever it is needed. The bass you hear from this headset will not be booming but instead the depth of the music will be sublime.

You will feel the Sound stage part may sound a little boxed, but it depends on the material. The sound that MDR-CD900ST produces also seems quite divided between the center stage and the chords around it. This helps MDR-CD900ST mercilessly expose the flaw to producers. Music professionals all want to create an awesome album. In case of an error, we can fix it and make the music sounds good on these.

Sony MDR-CD900ST excels in acoustic music and some old-schooled music such as Funk, Boogey, Jazz, etc.In addition, you can also use MDR-CD900ST to make electronic music with some sound elements. In addition, the Strings, Horns, Pads and Echo of MDR-CD900ST are popular among critics.

However, some of the rock music shown through the MDR-CD900ST sounds a bit jarring and trebly. Again, this product has outstanding features for manufacturing that will help these headphones receive the favor of experts.

The MDR-CD900ST produces mid-range audio just like it should. The vocals returned to the support position to make the music the star of the show.

This makes the Sony MDR-CD900ST great for analytical listening. It’s nice to know there’s a clear picture with all the errors and disadvantages of the song.

After a period of trial, we found CD900ST quite comfortable, but not so special. You can bend the headband to help transport it easily.

After bends, it provides a comfortable fit thanks to the slider being literally moved up to eleven. Thanks to its lightweight, you can wear this headset for hours. The artificial leather is a bit thick, so it can make users feel a bit warmer, but not too hot compared to other types in the price range.

You can try the velvet pad but according to some user feedback it may affect the sound quality. Because the visibility of the headset is very clear, although closed, other people can hear the song you are listening to. However, do not be too worried because this only happens in some environmental conditions and when you are listening too loudly.

Is Sony MDR-CD900ST easy to maintain and customize?

I need to remind you that a Sony MDR-CD900ST is easy to repair because its accessories are sold on the market. In addition, it also has a compact design, easy for users to self-maintain and customize to please.

So should you own a Sony MDR-CD900ST right away?

These are rare, hard-to-find headphones, and cost less than $200, with special sounds and details and designs that have disappeared over time. We always consider this to be a rare but irreplaceable line of headphones. There must be a reason why this line of Sony headphones is popular among Japanese music production experts. There is also an amp that owns a dedicated connector only for Sony MDR-CD900ST headphones. You can also use the Sony MDR-CD900ST’s feature-changing services to use it in a way that will please you. So what are you waiting for? Let’s get a Sony MDR-CD900ST for your professional music and sound production. 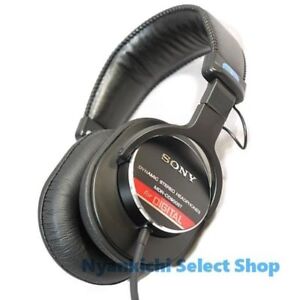 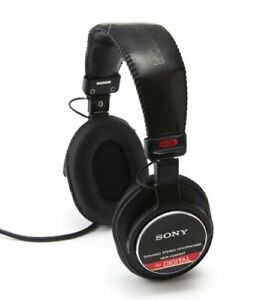 Intercontinental Source is the trusted source for affordable goods since 2018.

Related Articles
We will be happy to hear your thoughts

We are the trusted source for affordable goods. You can search, shop and save at Intercontinental Source with confidence.